Steve Borick and Michael Johnson, longtime alumni friends, met while both leading publicly-traded companies in California. Their love for Western, commitment to our students and passion to help those in need converged in generosity when they learned that hundreds of Western student’s families had been financially devastated by the COVID-19 pandemic. Unwilling to allow these students’ dreams of a Western degree fade away, Steven and Michael hatched a beautiful plan. They would challenge Western alumni and friends to give to Student First Scholarships (for the 2020-21 academic year) to help students in dire financial need due to COVID-19. They would match 1:1 up to $300,000 all gifts to the Student First Scholarship.

“We may not be able to help the world, but we can help our family – our Western family. That’s what family does.” 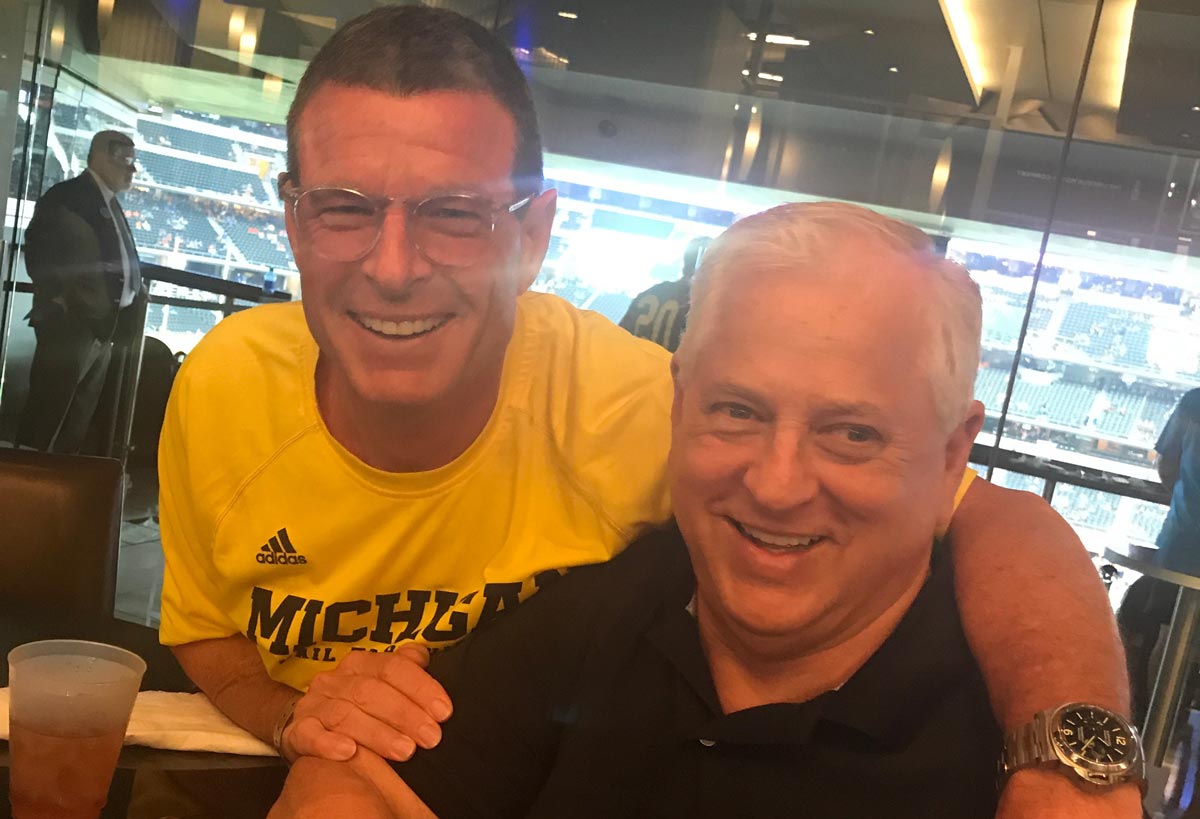 Meet these two remarkable friends whose success and generosity inspires and elevates Western and our students: 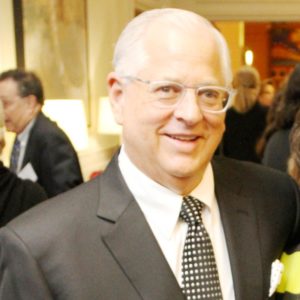 Steve came to Western from California and graduated in 1975 with a degree in Business Administration. Following the founding and funding of several endowed business scholarships, Steve, together with his family, made the lead gift to the new Borick Business Building on Western’s campus, completed in 2008 (the first major academic building on a Colorado public campus to be designed, built, furnished and equipped entirely with private funds). Steve was honored to deliver the commencement address to Western’s graduating class of 2003.

Steve continues to support Western through major gifts to the Business School and Mountain Sports.

In March 2014, Steve retired as chairman CEO of Superior Industries International, Inc., one of the largest light vehicle aluminum wheel suppliers in the world, a role he held since 2005. He served as Executive Vice President since 2000, and served on the Board of Directors since 1981. During his tenure as a senior executive at Superior, Steve spearheaded the ongoing capacity expansion and globalization programs that played a crucial role in increasing Superior’s share of the OEM aluminum wheel market.

Steve is President and COO of Texakota Inc., an oil and gas exploration and development company based in Houston, Texas, which he acquired in 1976, and General Partner of its production affiliate, Texakota Oil Company. 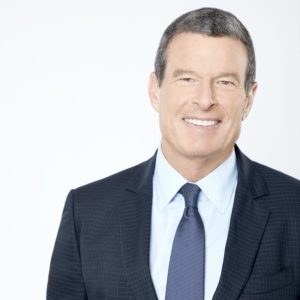 Michael came to Western from his home in Michigan and graduated with a degree in Political Science in 1977. Michael was a strong supporter of the former ski program and a major donor to the Borick Business Building. Following the end of NCAA skiing at Western, Michael conceived of the year-round Mountain Sports Program, which has become one of the athletic mainstays of Western, encompassing skiing, freeride, mountain biking, climbing and trail running. Michael combined investment with vision in becoming the program’s first and strongest donor.

Michael retired in 2020 as Chairman of Herbalife Nutrition, a premier global nutrition company that serves customers in more than 90 countries. He served as Herbalife Nutrition’s CEO from 2003 to 2017 and as chairman since 2007. Under his leadership, Herbalife Nutrition grew from net sales of $1.1 billion in 2003 to $5 billion at the end of his tenure, implemented industry-leading standards in consumer protection, and built a global brand through its sponsorship of more than 200 teams, athletes and fitness events around the world. Michael is a fitness enthusiast and has been participating in triathlons and cycling races for more than 30 years. Prior to joining Herbalife Nutrition, Michael spent 17 years with The Walt Disney Company where he served as president of Disney International.

Email: Get In Touch Via Email